Contribution of 1.1 Million Foreign Students to the U.S. Economy 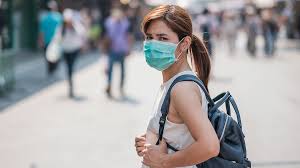 On July 6, the Trump administration made a major announcement directly impacting foreign students enrolled in US Universities. As per the announcement, foreign students will have to depart the US, if their classes for the upcoming fall semester are taught primarily online. The coronavirus pandemic has already left the US universities under major budget strain, and the majority of them are still struggling to reopen.

As per the recent report by the Institute of International Education (IIE), about 1.1 million foreign students are enrolled in US universities, and they comprise about 5.5% of the entire U.S. higher education enrollment. China is the largest contributor to the foreign student body in the United States, while India and Saudia Arabi follow close behind.

The contribution of foreign students is innumerable, from making major contributions to the US economy to enriching the diversity, that is the foundation of America:

1. As per the report issued by the Institute of International Education (IIE), during 2018, foreign students contributed approximately $44.7 billion to the US economy. Foreign students in the US mostly pay more to attend school than local students, including paying “out-of-state” tuition at publicly-funded state schools and additional charges aimed at overseas entrants.

2. International students are a major source of revenue for universities permitting them to offer many more programs and subsidized student opportunities to students.

3. According to NAFSA: Association of International Educator, during the academic year 2018-19, foreign students supported about 460,000 in the United States across various sectors such as education, accommodation, retail, transportation. But, the vast majority of these jobs are in the education sector.

4. Foreign students are an asset to U.S. colleges and universities promoting diversity enriching the foundation of America.

This ban has left the US universities in a difficult situation, and some of the universities have decided to raise their voice against this ban resulting in Harvard and MIT filing a lawsuit on July 8 at the US District Court in Boston. One of the remedies sought is an injunction preventing the government’s order from going into effect.